According to the LED light source color used for the fish lamp, it can be divided into monochromatic LED fish lamp (red, yellow, blue, green) and multi-colored LED fish lamp. According to the occasion of the fish lamp, it can be divided into LED aquatic fish lamp and LED underwater fish lamp. LED underwater fishing lamp has the characteristics of energy saving, wide range of lure and deep penetration of water layer. The underwater light can not only lure deep soft fish to the shallower water layer at night, but also gather large soft fish to the deeper water layer during the day. 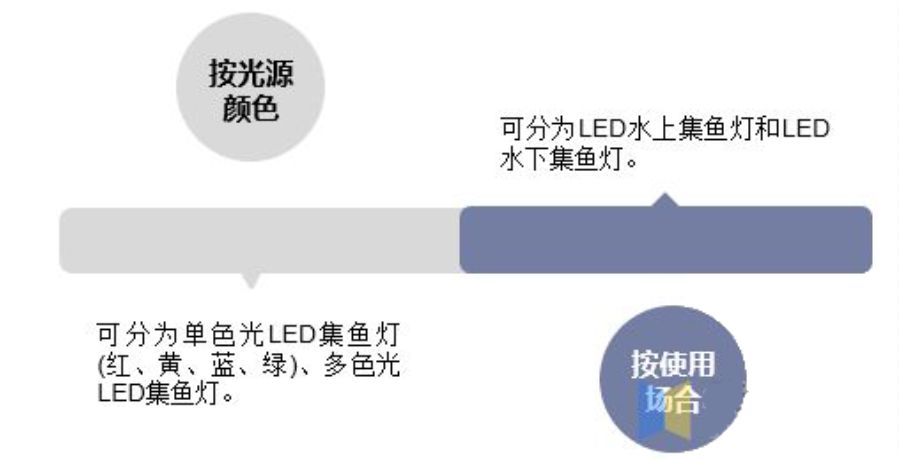 Since ancient times, people have created a series of fishing methods, such as damming, casting nets, baiting and so on. But when fishing at night, the use of light to lure fish becomes an important means. For a long time, the metal halide lamp (hereinafter referred to as the gold halide lamp) has been widely used as the light source for aquatic fish gathering because of its high luminous efficiency, long life and convenient installation. The lamp is still the dominant light source for aquatic fish gathering at night. With the continuous development of light-emitting diode LED technology, LED lamp began to be used in nighttime fish lighting, and the market share has gradually increased.

In the coastal areas, chub mackerel with advanced structure was caught. For example, after the founding of the People’s Republic of China in Shandong, Guangdong and other provinces, the national grid fishery production also developed greatly.

In 1951, it was put into single-ship Seine production; In 1953, it also began to use the tow type fishing boat. In the early 1960s, Guangdong mass Seine fishing boats carried out the experiment of light Seine

In the 1970s, we designed and manufactured 300 medium-sized purse Seine vessels, supporting light vessels and transport vessels, which was the flourishing period of the development of light purse Seine

4. Since the beginning of this century

One of the tools 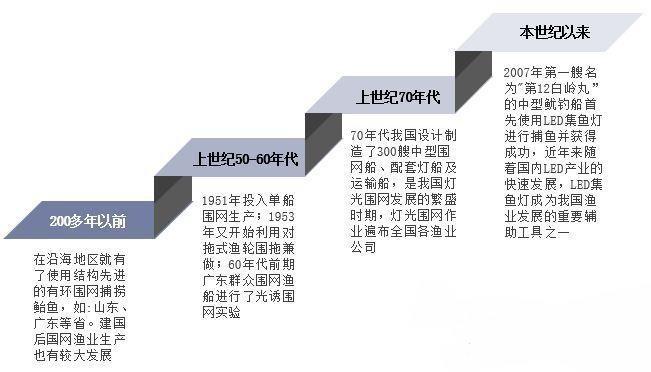 With the continuous promotion and application of the product, the aquatic LED fish-collecting lamp and the underwater LED fishing lamp have their own advantages and can play an important role in their respective fields of use. High power LED fishing lamp and special frequency LED fishing lamp may be the main research direction in the future. Quanzhou Jinhong Photoelectric Technology Co., LTD.,also to force in the research and development of new fish lamp.